As part of Test Automation Solutions Unit (TASU), we provide matured test automation solutions for functional, regression and load/performance testing of software products. We use both proprietary as well as open source tools such as Selenium, QTP, Rational etc.

Our Expertise in Functional Test Automation
Functional Test automation is one of the major offerings. We have experience using a variety of test tools and under numerous test environments.

OAK can take up end-to-end activity of Functional Test automation. Based on the experience gained over the years, OAK has developed a proprietary test automation model (Oak-TA model). OAK follows this model for the outsourced automation projects.

The model is depicted here below. 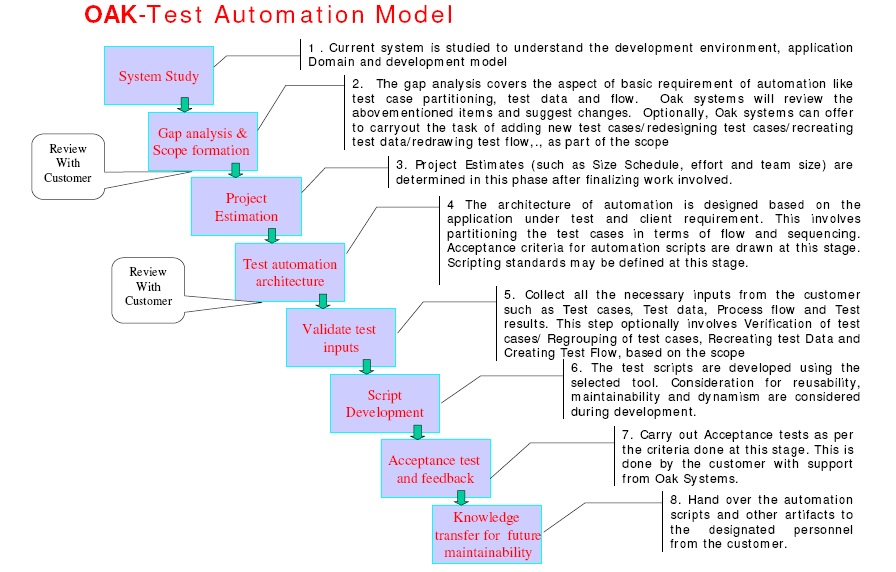